The concept of past lives and past life regression has become a very popular topic in society today. Belief in reincarnation dates back as far as 4000 BC. The idea of regressing to a past life in order to help you to progress, heal or even to better understand your present life is a marvelous insight. It is spoken of on a daily basis on television talk shows such as “Oprah”, in movies such as ” Belladonna”, newspaper and magazine articles and radio.

Reincarnation is the belief that man’s consciousness or soul survives death and returns to be reborn into many different physical bodies and lives in order to learn and grow. For the soul to truly evolve, it must experience many lives in various races and social classes and this in turn creates a balancing out process, which generates compassionate acceptance of all souls. The purpose of karma is not to punish ourselves or each other, but to learn and give our souls the opportunity to live in harmony with each other and the universe. 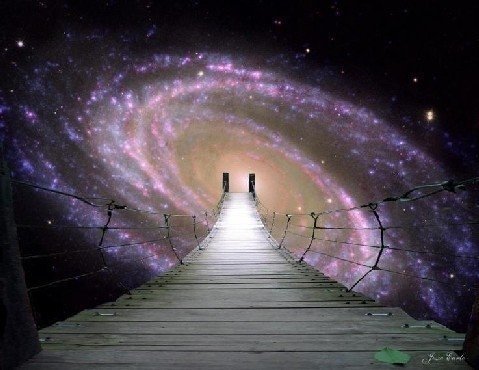 During a Past Life Spiritual Regression you will not be asleep or in an unconscious state as this is not hypnosis. Your mind will be alert and hear everything that is said to you, although you may not remember the session once you are fully awake. Being in this relaxed hypnotic state allows access to your subconscious mind, this is where all your past life memories are stored.

When in the past life we can go backward or forward like rewinding a movie, gathering information as we go, we look for dates, places and names, many of our clients like to do the research and have found their past life character in genealogy web sites. Once we have gathered lots of information we then move to the last days and moments of that life where the death is viewed in a detached objective way. Often once the soul has left the physical body there is a guide or loved one waiting to assist this cross over.

You may discover, clarify or clear any soul agreements made that no longer serve you. Fears, habits, phobias, wealth, and health issues can be anchored in our distant past and stored in our energy field, forming inner conflicts and health problems in this life. Once cleared any problems often disappear.

If you think about it, one single lifetime is equivalent to only one scene in a play! The therapeutic goal of Past Life Spiritual Regression hypnotherapy is to restructure understanding of our current life in the light of our extended experiences from other lifetimes. When we have only one lifetime on which to base our interpretations it is like trying to understand the theme and plot of a play when we have only one scene to go on.

Our clinic rooms are located on the ground floor, comfortable, air conditioned and we have super comfy recliner chairs that helps you to feel safe and relax completely. We explain the process to you and also discuss what you would like to deal with. You will be guided into hypnosis, which is a relaxed state similar to the feeling just before you fall asleep or before you are fully awake.

The cost for a Past Life Regression is $300.00 inc GST.This session includes time for pre and de-briefing.

Each session is digitally recorded and a copy sent to you.

*There are many approaches to past life regression, and it is vital to check qualifications when selecting a regression therapist, and to make sure they are members of a verifiable association. Unskilled or unregistered practitioners may leave out the most important part, the therapy and integration process which is vital to healing. Some novices are only facilitating exploration, which are not therapeutic and can leave the client confused without resolutions. Regression of any type, presents no particular risks in the hands of competent and trained professionals.

There are many books available on the subject of Past Life Spiritual Regression. Each one seems to put it’s own twist on it.Perhaps you have read books about Past Life Regression such as Dr Brian Weiss, ” Many Lives, Many Master” who’s methods we use. Or the famous book “Search for Bridey Murphy” written in 956, by Morey Bernstein, “The Search for Past Lives” by Australian, Peter Ramster, “You were Born Again to be Together” by Dick Sutphen, “Five Lives Remembered” written in 1968 by Dolores Cannon. These books all document case studies of people who have been regressed back through time to re-experience a past life. Many of my clients have researched their past life personalities and found them in the archives and history books.

Australian psychologist Peter Ramster created a television documentary in 1983 called “The Reincarnation Experiments” that took him and his clients across the world where they found amazing evidence of their past lives.

Four of his clients were housewives who had never left Australia before and who, under trance, had come up with all sorts of details, and names of people and places,. They were taken to Western European countries where they said they had been living in the 18th and 19th century. Prior to their arrival, in 1983, Ramster and local historians searched archives, looking for and finding the names given in Australia. Similarly, villages and hamlets mentioned under hypnosis were found on old maps. Some of these settlements no longer existed, yet some names given turned out to be correct.

The most interesting case, is Gwen McDonald who said she was Rose Duncan in Somerset, England, at the end of the 18th century. She described various details in England that appeared correct when they were then researched, such as the location of stepping stones. Ramster writes: “Short of some other explanation to the contrary, I have personally come to believe in the truth of both life after death and reincarnation.” The investigation of the McDonald case was witnessed throughout by Dr. Basil Cottle of Bristol University. Peter Ramster’s research has almost completely been ignored by the scientific community.

Learning about your Past Lives can not only be interesting, but life changing, especially if you are able to research your past. Its a way to find out if friends, family members or lovers have shared other lifetimes with you. Love is the most powerful force in the Universe, nothing not even time or death can separate those who have formed a deep bond. Lovers from the past often reincarnate within the same time frame again and again, although they may not remember who they are when they meet they will feel the magnetic attraction.